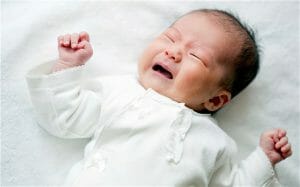 Two committees of Japanese lawmakers from the same Liberal Democratic Party are drafting legislation that would either legalize surrogacy in some cases, or conversely further prohibit surrogacy births.

Japan has no current law that regulates surrogacy. The relevant government committee (Health, Labor and Welfare Ministry) as well as the Japan Society of Obstetrics and Gynecology have opposed surrogacy on the grounds that “people should not be used as a means of reproduction.” However, there are know cases where doctors have handled surrogate births, including one doctor in the Nagano Prefecture that has performed more than a surrogacy births. A much larger number of Japanese couples are believed to have had children through surrogacy in Thailand and other countries.

A project team of the LDP has compiled a bill on assisted reproductive technologies. It would allow donations of sperm and ova from third parties for the purpose of having babies but also conditionally allow surrogate births. The bill allows a surrogate mother to carry a fetus to term for the intended parents if the woman cannot become pregnant for medical reasons.

But the draft legislation does not fully regulate the practice, and leaves many aspects uncertain. For example, it does not specify who would be qualified to become surrogate mothers or what protections they may be entitled to. The bill doesn’t include guarantees in the case of a surrogate mother who may refuse to give it up the baby to the intended parents. Similarly, the possibility that intended parents might refuse to accept a child born to a surrogate mother if it has a serious disease or birth defect is also unaddressed.

The draft legislation also specifies that the legal mother of a surrogacy arrangement would be the birth mother, and not the genetic mother or commissioning mother.

The team drafting the legislation may consider a legal framework to establish a legal relationship between a child born to a surrogate mother and the intended parents. Until that time, the absence of such a scheme would discourage many couples who want but cannot have babies from seeking surrogacy.

The team drafting the legislation says they may eventually address regulation that the woman who gives birth in a surrogacy arrangement should be recognized as the mother.

Read more about this proposed legislation at The Japan Times.