There’s no better way to hear about surrogacy than a first hand account from a surrogate mother. Tiffany Jordan from Savannah, Georgia who grew up with her grandparents gives her account to InStyle as a mother who has already completed two surrogacy pregnancies in the past 3 years.

Jordan’s interest started in college where friends of hers were looking donate eggs, the seed was planted there. Things Became more real when her best friend and husband were having difficulties in getting pregnant, the same happened to her Aunt. Both Tiffany and her sister offered themselves as surrogates for their Auntie, but in a turn of luck she managed to get pregnant without assistance. Tiffany says that the urge to help someone have a baby never left despite her Aunt’s struggles resolving themselves. 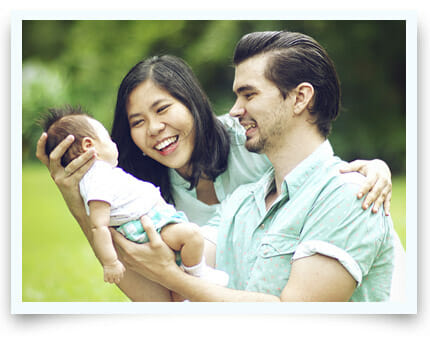 Jordan was only 23 when she began her first surrogacy, some of her family members accidentally scared her with tales of how difficult it was going to be for her, the only issue was they aired these concerns halfway through the pregnancy. Still, too late to turn back, Tiffany said that her mind never once wandered into the territory of keeping the baby, after all, it wasn’t hers to keep. By pregnancy number 2, her family were right behind her and just as excited about the process as she was. She even managed to fit the whole thing in around her day job.

Beginning the application process, Tiffany did some Googling, found herself some agencies and started to apply. They take the basic information first, height, weight, details of previous pregnancies and some lifestyle details. After that is where it gets technical. A 20 + page application form on everything from family history to personal interests has to be filled out as well as access to your medical records. After that, you’re approved and the process starts to match you with a family. You get a say in who you match with, to make sure that you agree on some difficult potentially circumstances. Her first family clicked straight away and it was the best match possible for them all.

There’s also no pressure up until the point the paper work is signed, you’re able to change your mind, or even just put yourself on hold with the agency. Tiffany says that you’re still in charge of your body, you’re allowed to decide what procedures take place because everything is worked out in the contract for her personally she kept the intended parents as involved as possible. 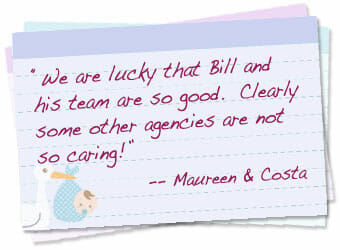 Tiffany has never had any regrets but she has said that it’s becoming increasingly risky for her and that her last twin pregnancy had some health complications. Even her son is on board, happily explaining to people who ask that his Mommy helps people who can’t have babies to have them.

Of course it isn’t plain sailing, your hormonal, emotional, exhausted and towards the end of the pregnancy everyone is on edge waiting for the new arrival. After the baby is born it is up to the parents in terms of on-going contact, Tiffany feels that it’s important to have a small part in the life of the baby you helped create. She Skypes the twins in New York and they send each other birthday gifts.

All costs are covered and even though most people aren’t in it for the money, it is comforting to know that you’ll never be set back financially for helping someone with such a unique gift.

Interestingly, she said that letting go of the parents is harder than letting go of the babies. You build up such an intimate relationship with these people and then have to give them enough space to settle into their own family life. For those looking for a surrogate, she implores people to just trust the process. Everything will be fine.