Studies show that better Parenting has nothing to do with Sexuality

January 19, 2018 by admin   |   Comments Off on Studies show that better Parenting has nothing to do with Sexuality

About 6 million children in the US have same sex parents, and every day more same-sex couples are using gay surrogacy to conceive families. Gay Star News reports that a third of Americans think that LGBT people should not be able to adopt kids — but thankfully, this isn’t holding potential parents back. The American National Health Interview Survey completed between 2013 and 2015 categorically proved that children with same-sex parents, including those born of gay surrogacy procedures, get on just as well as those with straight parents. 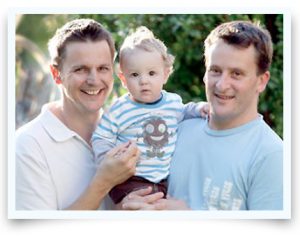 The survey analyzed the emotional and mental health of 21,000 children and their parents. The results were all positive and this is just one in a series of studies to conclude that children adopted by or born through gay surrogacy are just as well off as those of straight parents. You can read the entire article on the GayStar News website.

Bisexual parents did have slightly worse scores, but researchers took into account the psychological difficulties and social stigma faced by the parents and the scores improved. Dr Jerel Calzo, lead author of the study suggests that things will only get better as society becomes more inclusive.

The Australian government conducted a study that suggest children with lesbian parents show more open-mindedness towards sexuality, gender and the diversity of families.

Whilst in previous years, adoption had been the main route for two men to have children, gay surrogacy is becoming more popular. It seems widely accepted by researchers and Governments that children born via gay surrogacy and adoption are of no disadvantage and we should focus on supporting them and continuing to decrease social stigma.