Is Surrogacy right for your family? 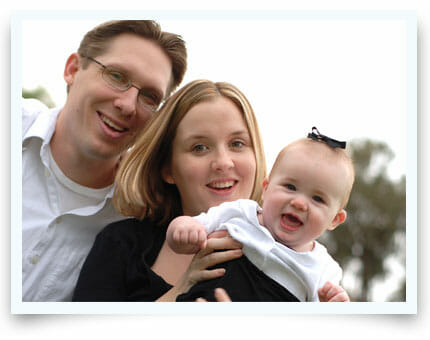 Most parents consider surrogacy after years of failed fertility treatments and unsuccessful pregnancies. If you have had repeated failed pregnancies, surrogacy may be an option.

We often advise parents with multiple failed attempts to have both the mother’s fertility checked, as well as the husband’s sperm tested for chromosomal abnormalities. Damaged sperm can often be an undetected cause for failed pregnancies. This problem may not be visible on a standard semen analysis (which shows motility and morphology only), but it may affect the success of your surrogacy procedure.

Many future parents also consider adoption. Adoption is a long and complicated process, but has many advantages. Many couples prefer to conceive their own child rather than adopting, which is understandable. Other couples enjoy the idea of providing a home for an orphaned or abandoned child who needs a family.

However adoption is not possible for many couples. Some future parents have spent years attempting fertility treatments and now have reached the age where adoption of a baby is no longer feasible. (Couples in their 40s are generally only able to adopt children 6 years old or more.) Many children available to parents through adoption have emotional or developmental challenges, and require extra attention.

Gay adoption is legal in many European countries where gay relationships are recognized. However, gay couples probably will have a very difficult time adopting children. Most countries that are the typical sources of adoptive children (like China or Eastern Europe) now have strict laws against their children being adopted by gay parents. As a result, even for same-sex couples in progressive western countries can wait for years for an opportunity to adopt, and ultimately end in disappointment.

The adoption process can take years (and for older couples may not be possible at all). Surrogacy on the other hand has a duration of about 12 to 14 months, and a process more under the control of the Intended Parents.

Do Children and Families Created through Surrogacy Develop Normally?

According to researcher Susan Golombok, at the Centre for Family Research, University of Cambridge, families created through assisted reproduction or surrogacy have no risks for the development of the child, or the emotional functioning of the family.

Professor Golombok’s research study found no evidence that surrogacy children or their families suffered from any problems. According to her research report:

“A growing number of children are being born through the donation of gametes (sperm or eggs) or embryos, or the hosting of a pregnancy for another woman (surrogacy), thus creating families in which children lack a gestational and/or genetic relationship with one or both parents. Research on these families suggests that concerns about adverse outcomes for parenting and child development are largely unfounded.

Although less is known about nontraditional families formed through reproductive donation than about traditional families, these new family types likely are not at risk for parenting or child-adjustment problems. Overall, findings suggest that the absence of a genetic or gestational connection between parents and children does not have an adverse effect on the quality of parent–child relationships or children’s adjustment.”

The overall findings suggest that surrogacy “does not have an adverse effect on the quality of parent-child relationships or children’s adjustment”.

The research has not only challenged commonly held assumptions that families or children resulting from surrogacy suffer becasue of inadequate bonding during the gestation. But the actual evidence demonstrates that structural aspects of the family, such as the number, gender, sexual orientation, and genetic relatedness of parents, is less important for children’s psychological well being than the quality of family relationships.

In this regard, it is easy to infer that surrogacy families will actually often out-perform many traditional families, becasue the extra care and effort involved in seeking out and creating a family in this way ensures the children are deeply wanted and prepared for. In addition, families created through surrogacy often follow years of unsuccessful fertility treatments, parents have a deeper longing and appreciation of the child, and thus a stronger bond between the parents and the child is the result.

The lead researcher, Susan Golombok, is Professor of Family Research and Director of the Centre for Family Research at the University of Cambridge. Her research examines the impact of new family forms on parenting and child development, specifically lesbian mother families, gay father families, single mothers by choice and families created by assisted reproductive technologies including in vitro fertilisation (IVF), donor insemination, egg donation and surrogacy.

Let SENSIBLE be your guide to an affordable, secure and successful surrogacy journey...

The cost of surrogacy worldwide varies from $40,000 to $180,000. SENSIBLE shows you how to find the best program for your money.

SENSIBLE’s Surrogacy Guide: The best Step-by-Step guide to the entire surrogacy process... because every journey needs a roadmap.

Surrogacy options in the U.S.A.

Independent, Private, Assisted or "Full-Agency" programs -- SENSIBLE explains how to navigate the high cost of surrogacy in the USA.