Texas surrogacy laws may offer a trap for same-sex couples

Texas may have friendly surrogacy laws for heterosexual couples, but same-sex couples and singles will find it complicated (or impossible) to get full parental rights over their children. The discrepancy between parental rights for straight and gay families is widely evident in Texas, which has become a haven for straight surrogacy cases, but a problem for same-sex couples.

In a recent Texas case, a Fort Worth same-sex couple created their family via surrogacy and now have twin boys, each genetically related to a different father. The two men are raising their children together, and trying to get the father’s name on the birth certificate and the surrogate’s name removed. But it’s not so easy in Texas. Despite some claims that Texas may be a sanctuary for surrogacy in the conservative US South, the state’s law doesn’t offer support for same-sex couples wanting to create families, as it does for heterosexual couples with the same wish. 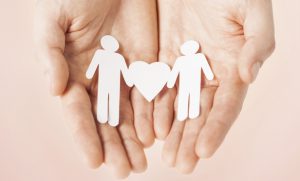 DOMA may have fallen, but the U.S. Supreme Court has left untouched a 2007 ruling by the U.S. Court of Appeals that denied a same-sex couple the right to list both fathers as the boy’s parents on a birth certificate. In that case, the child was adopted by two men in New York.

In the Forth-Worth example, each father in the family petitioned to adopt the other’s child so that they will each be legal parents of both children. A Tarrant County judge denied them a court order granting this relief. According to Andresen, “Partly, it’s hard for me to hear about this case because it’s so unfair. Because they are in Texas, this couple’s civil rights are not what they would be in other, more progressive states.”

But some lawyers, members of the American Academy of Assisted Reproductive Technology Attorneys, may know how to get around that discriminatory headache for both same-sex and single parents in Texas.

In a response sent to TexasLawyer.com, Andresen said “There are certain counties in Texas where judges are very favorable to [same-sex] couples dealing with [assisted reproductive technologies] and adoption issues, some [counties] are in between, [and] certain counties [are] unfavorable.” The trick apparently to successful surrogacy in Texas is to know in which counties to petition for parental rights and adoption. Couples who choose the wrong county could end up in a legal morass.

“I do think that over time, there are more of the former, fewer of the latter” said Andresen. And the favorable counties feel they can do more and more, as court decisions like [U.S. v Windsor, which struck down DOMA] and in other states make their practices more mainstream. Texas has clear-cut laws when it comes to opposite-sex infertile couples dealing with [assisted reproductive technologies], and there are states both better and worse on [same-sex] couple issues. … It is so important that a couple wanting legal solutions find the right judge and make the right legal argument.”

The surrogacy industry is on the rise across the US. Annual births by gestational surrogates more than doubled between 2004 and 2012, to 1,898 babies across the country, according to the Society for Assisted Reproductive Technology (SART). The organization does not calculate state-by-state figures for those births. But Texas sees more than its fair share, in large part thanks to the favorable state laws between surrogates and intended parents.

“Texas does have a favorable statutory scheme,” said Kelly Denson, an Austin attorney and one of only seven Texas lawyers who are members of the Academy of Assisted Reproductive Technology Attorneys. Texas state law allows a surrogate mother and “intended heterosexual married parents” to enter into a surrogacy contract, and the birth certificate will be issued listing only the “intended parents” and not the surrogate as parents.

This Texas law’s ironclad nature draws intended parents of babies born to gestational surrogates in the state. However, the Texas law does not provide the same protection for single parents and same-sex couples who want to engage a surrogate mother.

Denson said lawyers with surrogate practices make a point to know which courts their clients may depend upon to issue similar orders for intended parents who are not married heterosexuals.