What’s a “reasonable” success rate at an overseas clinic? 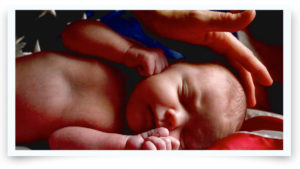 Can you explain what you mean when you refer to “reasonable success rates”? Does a low success rate mean that I’m likely not to get a baby? –Benjamin

In general, when we talk about the “success rates” of a clinic, it refers to the likelihood of achieving a pregnancy with each embryo transfer procedure. This can be a bit confusing, becasue sometimes we also talk about the “overall success rate” of a program, which is the likelihood that a healthy baby will result from the entire program — including multiple embryos transfers (and possibly multiple IVF cycles).

Also note… when we talk about success rates, where not talking about the overall success rate of a clinic. There are a lot of variable that go into an IVF procedure, and the results vary widely depending on the situation. For surrogacy we are comparing success rates where there is a young birth mother (usually under 35) and donated eggs. For couples who donate their own eggs, expect the success rates will be a good 10% to 20% lower than that reported.

Success rates are also cyclical. New clinics typically have lower success rates, even though they have excellent facilities and internationally trained medical staff. I usually advise would-be parents that clinics need time to find their “rhythm”, and that can take several years. One of the highest success rates I ever worked with was in Bangkok — the doctor there seemed to have a magical touch and every woman he saw became pregnant. But it wasn’t always the case. Before Thailand evolved into the international hub for surrogacy (which ultimately led to it’s closure) the success rates at the same clinics were dismal. What changed was just the rhythm of the clinic directors, the staff and the lab facilities all working in unison with great effect. That kind of harmony doesn’t just appear overnight.

By the way… a low success rate per FET doesn’t mean you won’t get pregnant. It means you should expect to try several transfer attempts to get the same result. To mitigate that risk you need to get a lot of good mature eggs during your egg retrieval. Then assume will want to make three or four attempts at embryo transfer. If you do this, there is no reason why you will not be ultimately successful.

There will be would-be parents in both Mumbai and Los Angeles who are ultimately unsuccessful in having a healthy pregnancy (like any medical procedure, success is not always assured). If this happens it is most often the result of a poor egg donation that resulted in very few viable embryos. There are occasional issues with the sperm donor or the preparation of the surrogate — but 90% of the time failed program can be traced back to a bad egg retrieval.

So the lesson learned is: if you are going to pursue surrogacy or IVF at a clinic with a lower success rate, take extra precautions to ensure you get a lot of mature eggs from your retrieval. You may need to use all of those eggs before being ultimately successful.

I hope this is useful. Good luck!