Surrogacy with ICSI may pass along fertility problems in men

March 15, 2017 by William Houghton   |   Comments Off on Surrogacy with ICSI may pass along fertility problems in men

For the first time, young men who were conceived during the 1990s through intracytoplasmic sperm injection (ICSI) are being studied. The results of this study reveal that these individuals may inherit the same fertility problems that led their parents to seek reproduction through assisted measures in the first place. 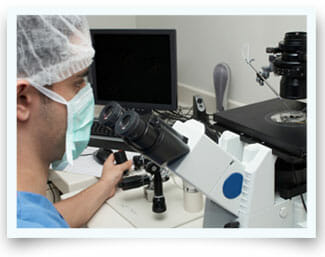 ICSI is a process wherein sperm is collected from a father and then injected directly into a mother’s egg. This fertilized egg is then implanted in the mother’s womb for continued development. ICSI is generally used for couples with a male partner that is experiencing infertility. Physicians can select the best of the male’s sperm and then drastically increase the chance of successful fertilization by implanting the sperm directly into the egg. The technique has been used since the early 1990s, and the first ICSI baby was born in 1992.

Infertility is often a genetic disorder that is passed along from parents to children. Researchers from the Centre for Reproductive Medicine at Vrije Universiteit in Belgium are trying to determine if male children born with the help of ICSI experience the same genetic problems as their fathers.

The researchers studied 54 men who were all born between 1992-1996. This time frame was chosen because during those years ICSI was only used for couples experiencing male infertility. Fifty of the men in the study had fathers with confirmed fertility trouble. After analyzing sperm and blood samples from the 54 men, researchers discovered that these men had about half the normal sperm count compared to men conceived through traditional means. Even after factoring in age, weight, and genital malformations, the study’s results remained significant.

To read more about ICSI and the results of this recent study you can check out the fully story on Medical News Today.