NJ now protects those using surrogacy in the US

It is well known that the laws around surrogacy in the US differ from state to state. With new legislation being brought into place, the citizens of New Jersey will now have legal protection should they offer themselves as a gestational carrier, and likewise be a parent entering into a surrogacy agreement. NJ.com reported on the signing of a bill that provides protection for those struggling through their surrogacy journey. 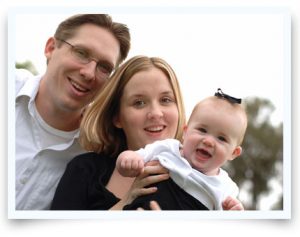 The New Jersey Gestational Carrier Act clarifies that the gestational surrogate has the right to select her own medical care at all points in the pregnancy including postpartum, and the intended parents must cover the finances of these and also living costs.

To protect the surrogate, the law defines any gestational surrogate must be over 21, have had a child of their own, have legal representation and complete a series of physical and psychological examinations.

Finally, and potentially the biggest safety factor for the intended parents is that they will be listed as the legal parents on the birth certificate with no mention of the surrogate.

Things have come a long way snice the Baby M case of 1988 where a judge ruled a traditional surrogacy agreement null and void and the surrogate mother kept custody of the child.

Another issue saw an intended mother forced to adopt her child after the State Health Department refused to list her on the child’s birth certificate despite being the biological mother.

Of course, there are some who oppose the changes with ultra conservative organizations claiming they will help to create a “breeder” society of women, however the changes have received a widely positive welcome.