What if we don’t get pregnant during my surrogacy procedure?

If your surrogate mother does not get pregnant during your initial embryo transfer, you can try again with frozen embryos remaining from your IVF procedure.

The success rate of second (or third) transfer attempts are generally lower than with first attempts, but that is very generalized. The actual likelihood of success depends on the quality of the embryos and their stage of development. The doctor will review your remaining embryos and make a recommendation. Then adding an extra embryo may improve the probability of the next FET attempt. 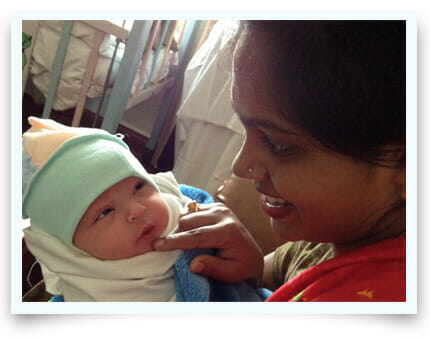 It is not unusual for a surrogacy procedure to require two or three transfer attempts. Unusual cases have needed six or more attempts before the parents achieved a pregnancy. Often this is just a question of luck, but if the surrogacy procedure fails more than three times, we often recommend the parents consider the possible causes of the failures before continuing.

Repeated failures are most often the result of a chromosomal defect in the embryos. PGD can detect for damaged or incomplete chromosomes, but only before they are frozen. Once frozen the embryos cannot be tested.

The parents can also consider the source of the chromosomes – either the donated eggs or sperm. If your egg donor has donated for previous successful pregnancies, then you can be confident that the eggs are in good condition and carry healthy chromosomes. The sperm can be tested through a Sperm Fragmentation Test, which will examine the individual cells at a chromosomal level for damage and completeness.

Note that Sperm Fragmentation is a much different test than the standard semen analysis that all sperm donors take prior to their initial donation. The standard semen analysis tells us the health of the sperm. But the Fragmentation test will tell us if the chromosomes carried by the sperm can easily produce a pregnancy. (Think of a sperm cell like a truck — which may be running perfectly, but carrying a poor cargo.)

Tye clinic will probably not recommend you change your surrogate for a repeat embryo transfer. Most surrogacy contracts allow for up to three attempts before the surrogate is replaced. If you’ve had three failed attempts, the clinic will want to look for a very fertile candidate — someone who is relatively young, with recent successful pregnancies, and an endometrial scan well over 9.00 mm. The right surrogate will significantly improve your chances.

The doctor will also review the existing embryos to see what is their development stage and quality level. If they are high quality he may want to transfer two — but on vary rare occasions a clinic may agree to transfer three. You may make a special request that he transfer three remaining embryos, but that is the upward limit. Your embryologist will consider the options and make a decision that balances the likelihood of success with the possibility of multiple births (twins or more). Because twins pregnancies have serious risks (and an embryo reduction is not legal in some countries) the doctor will be careful to limit the possibility to just a singleton pregnancy.


Didn’t find what you need?