Within the donor’s ovaries are fluid-filled sacs called Follicles. Each follicle contains one egg. Under normal circumstances, one egg matures inside one follicle each month, and is then released toward the midpoint of the woman’s menstrual cycle. 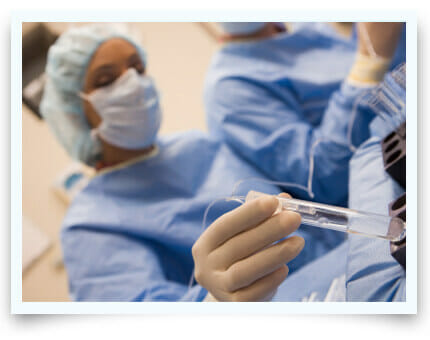 The purpose of fertility “stimulation” treatments is to force the maturation of all of the available follicles within the ovaries. The fertility doctor then retrieves the contents of each follicle by using a long needle inserted into the ovary, through the vagina. Once collected, the contents of the follicles are examined to see how many follicles contained eggs, and how many eggs were adequately matured.

An “average” donation may retrieve 14 follicles, which would provide 12 mature eggs, which could result in 10 embryos, of which 4 may be of very good quality. Some younger and very fertile donors may provide 20 follicles or more. Women in 40s may have only 2 or 3 follicles.

While it is true that a single embryo can result in a successful pregnancy, the reality is that the standard Embryo Transfer uses 2 embryos of very good quality, and has a success rate of 65%. For this reason, it is important for parents to understand the importance of a successful donation that provides multiple eggs and many high-quality embryos.

Immediately after the eggs are retrieved, they are fertilized with the genetic father’s sperm. Frozen sperm is most convenient, and is thawed when the donation is underway. Fresh sperm donation needs to be made at the same time that the egg donation occurs. If egg donation is delayed (which is not uncommon due to the unpredictability of women’s menstrual cycles), sperm donation would be delayed also, sometimes by several days.

Fertilized eggs are left to develop for 5 days, until they reach the Blastocyst Stage. During this time the clinic will monitor the development and typically will send updates on how many embryos are developing and of what quality. After 5 days the embryo must be either frozen or transferred to the surrogate. Embryos will not survive past Day 5 in the laboratory.

Quality of embryos may be rated from “Very Good” to “Poor”. The basis of the quality score is in the number of times the embryo has divided (it’s development) and the form and structure of the cells and cell components.

During the embryo development, you may choose to have some “Preimplantation Genetic Testing” (PGD) performed on the embryos. PGD is s generic term for several different tests, but two are most common. A PGD test using FISH technique will remove a cell from a Day 3 embryo and test it for specific chromosomes. FISH test will find chromosomal abnormalities in about 6 of the 23 chromosomes. It will also determine the sex of the baby.

PGD-cGH uses a microarray technique and a cell from a Day 5 embryo, and tests for abnormalities in all 23 chromosomes. This test is more complete and accurate. However because the PGD-cGH test requires a Day 5 embryo (and takes a full day or two to return a result), the PGD-cGH requires that all embryos be frozen while the test results are processed. Some beleive that freezing the embryos reduces the probability of success, although the research on this is conflicted. For this reason, many clinics recommend PGD-cGH only in cases where there is a suspected risk of chromosomal abnormalities, while other clinics include it as a general protocol in every IVF case. 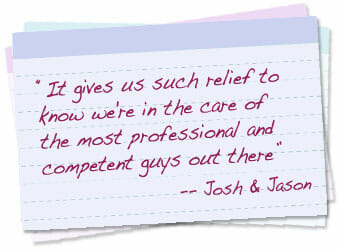 When your embryos have reached Blastocyct stage on Day 5, the best developed will be transferred to your surrogate.

Clinics in United States will most often transfer 1 embryo per transfer attempt, while transfer of 2 embryos is the standard protocol in clinics overseas. The success rates most often quoted by clinics reflect the standard number of embryos, and also assumes Good/Very Good quality have been transferred to a fertile surrogate who has been well prepared with appropriate endometrial thickness.

Most successful clinics overseas will quote a success rate between 55% to 65%. However, published success rates are often misleading because in reality there are a wide variety of surrogacy treatment options and variables. One number cannot possibly describe the expected probability of success for all parents.

For example, for couples where the egg donor is a friend or family member (and not a “proven” donor from a thorough donation agency), the probability of success is often much lower. This reflects the reality that the donor has not received the same medical evaluation, may not be the optimal age, or may not have previously demonstrated successful fertility.

When the donor is unproven, the quality of the resulting embryos may be lower. In some cases, the embryos may carry chromosomal abnormalities that reduce the chance of pregnancy. All these factor into a different success rate for so-called “self donation” procedures.

Some clinics will quote success rate close to 85%, which generally includes transfers made with embryos that have undergone PGD analysis, and thus more likely to result in pregnancy. The number is not a foolproof measure the success of any individual cycle — but it is often a reliable gauge of the skill of the embryologist and the clinic generally. (As noted before, PGD has it’s own risks, and so is not recommended in all cases.)

Beta HCG (Human Chorionic Gonadotropin) is a hormone produced during pregnancy which shows up in the blood. The test result shows the concentration of the Beta HCG hormone in the blood.

A Beta HCG level over 25 miu/ml is generally considered a positive indication of pregnancy. However, the Beta HCG level usually doubles approximately every 2 days during the early weeks, so if your pregnancy test is performed on Day 10, a strong pregnancy will measure in the hundreds of BHCG miu/ml. By Day 15, a positive test should be in the thousands.

If your pregnancy test is performed early (on Day 10 after the transfer), your clinic may wait for a confirmation test to prove the pregnancy is accurate. If the confirmation test on Day 15 continues to show an expected increase in Beta HCG levels, prenatal care should begin immediately.

The following steps of your surrogacy procedure take place in rapid succession once your egg donor and surrogate have been adequately prepared...

Check out our FAQ section
with even more answers

Our 5-step process for starting
your new family with us