Can sperm sorting improve our chances of having a baby girl? 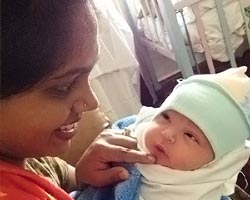 “My wife and I have always dreamed of having a baby girl. We did an IVF cycle last year, but the results were not good – we only got a few healthy embryos, and PGS testing showed only one was a girl. We want to try again, but we are hoping for more girl embryos. Is there a process other than PGS that can help us determine the gender of our embryos before the IVF?” – Jerry & Mai

Before PGS there was a technique called sperm MicroSorting that would use a special dye to identify sperm carrying XX or XY chromosomes. The idea was to use only XY sperm to fertilize the embryos, and you would get more male embryos.

For reasons that remains a mystery, the FDA ruled against gender selection via sperm sorting. It’s now illegal in the United States. (It’s still available at some overseas clinics; and if you’re interested, you can do a Google search to find a list of labs.)

Gender determination in the US is now done almost exclusively with PGS testing. But as you pointed out, PGS is flawed because it can only test embryos and the gender is already determined at that point. So your odds of having a boy or a girl are not really helped by the test. There’s a full discussion about PGS and gender selection in the Surrogacy Guide.

That said, sperm sorting is having a renaissance thanks to a new technique which seems to be more successful than the old sorting process. This process is known as the Ericsson Method. The technique is based on the fact that sperm carrying the XY chromosome move somewhat faster than sperm carrying the XX chromosome, which are slowed down by the extra ‘leg’ of the X chromosome.

During this laboratory process, sperm must swim through a sticky protein liquid (albumin) in a given period of time.  More Y-bearing than X-bearing sperm will speed through the albumin. By repeating this process, a sperm concentrate is obtained which contains a higher percentage of Y-bearing or X-bearing sperm (depending on which procedure is selected) than the original sperm sample.

It’s important to understand that this technique is only a way to increase proportion of male to female embryos during your IVF.  Published success rates are 70% of the sperm sample will be correctly identified.  (Natural intercourse general results in 51% males and 49% females according to the CDC  in Atlanta.) But that effectively means that your resulting embryos will be about 70% girls instead of 50% girls. So the technique can improve your chances of having a girl even if your IVF results in the same number of embryos.

The process of gender selection greatly reduces the number of available sperm.  Freezing would further reduce the number of motile sperm. Fortunately, if you use ICSI for fertilization, you only need a few sperm for a successful IVF.

Gender selection is based on sperm, so the first step is generally a comprehensive sperm analysis (CSA). Based on those results, your IVF clinic will be able to tell you if gender selection can be performed.